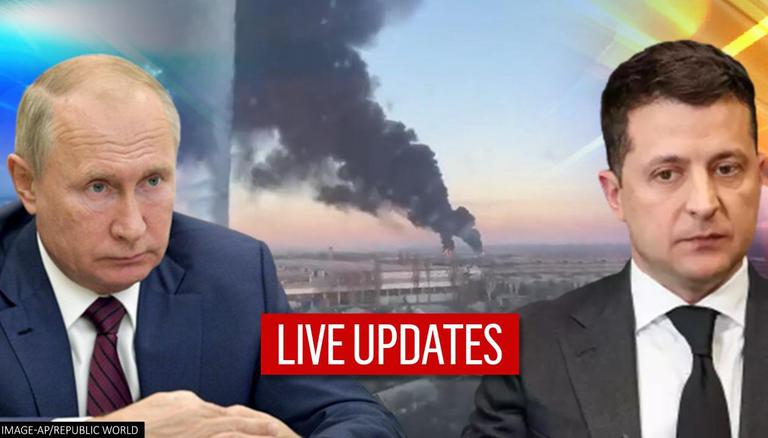 Russian troops ‘stretched to their elastic limit’
Ukrainian officials have said that a third Russian Major General has been killed in the country.

It is thought around 20 Russian Major Generals are deployed in Ukraine.

A “Western official” was quoted by Reuters news agency as saying this could suggest Russian troops are “unable to make decisions of their own and lack situational awareness, or where they are fearful of moving forward, at which point more senior officers come forward to lead from the front”.

“If they do, something is going very badly wrong.

“I think…it’s showing that Russia’s military is stretched to its elastic limit in Ukraine and to try and salvage something from this, the generals are at the front essentially whipping the troops for one last effort.

“If you’ve lost three generals and you’re claiming you’ve only lost about 500 troops, something does not add up, and it suggests things are not going well militarily.”

Ukraine’s neighbours report drop in number of new refugee arrivals
Countries neighbouring Ukraine are reporting a dip in the number of refugees arriving, but some are also struggling to help them.

The United Nations refugee agency UNHCR reported that nearly 2.6 million people had fled Ukraine as of Friday – more than half of them heading for Poland.

Wojciech Bakun is mayor of Przemysl, a Polish city of 60,000 near the Medyka border crossing.

“I can’t finance this from the municipal budget as we have other needs, it could be funds from the European Union or from the government,” he told Reuters news agency.

Warsaw’s mayor said on Friday that refugees now make up more than 10% of the city’s population (which was around 1.8 million before the Russian invasion of Ukraine).

Slovakia reported 185,660 arrivals, with most continuing their journey further west.

The western route often goes to the Czech Republic, where officials on Friday estimated the number of refugees at 200,000.

Rosatom said on Saturday that an external power supply is being restored to Chernobyl with the help of Russian specialists. It also said that activities to ensure safety are being carried out in coordination with the International Atomic Energy Agency (IAEA).

There are 15 nuclear reactors at four power plants in Ukraine, plus the defunct Chernobyl plant.

The IAEA said on Friday that eight reactors are still operating, although there has been some damage to Zaporizhzhia, with problems delivering spare parts and repair personnel.