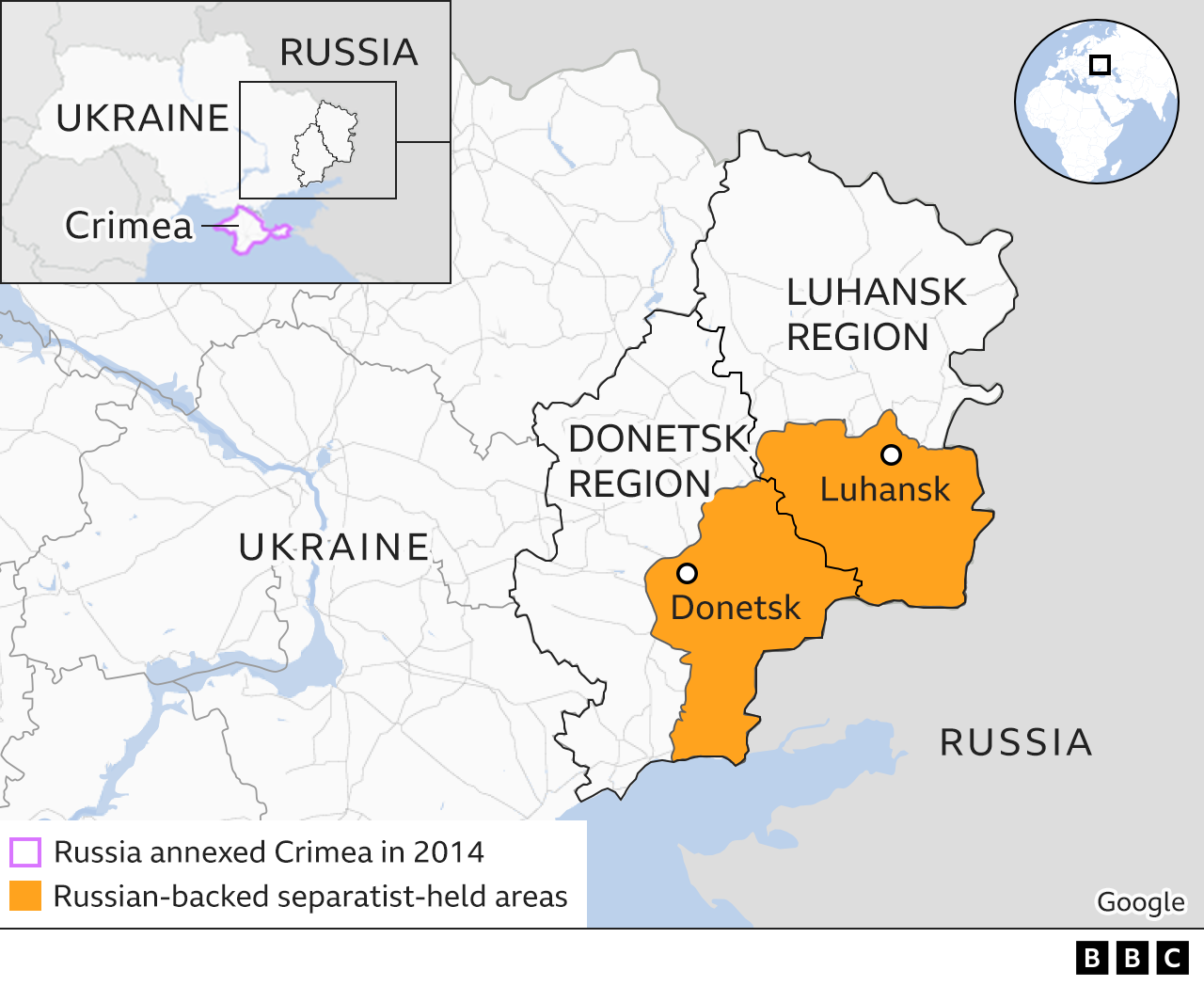 Russia vs. Ukraine: How does this end?
On February 24, Vladimir Putin launched the Russian military on what he termed a “special military operation,” his euphemism for a massive invasion of Ukraine. Two weeks later, the Russian military has fallen well short of expectations, in large part due to the Ukrainian army’s courage and tenacity.

The fighting could continue for weeks or longer, taking more lives on top of the thousands already lost. The Kremlin has expressed maximalist demands as the price for a cease-fire and did not react positively when Kyiv hinted at some readiness to compromise. The key question: Will Putin agree to a real negotiation, or will he continue to press on with his war of choice?

TWO WEEKS OF WAR
Putin justified the invasion with a host of falsehoods: People in Donbas in eastern Ukraine had “been facing humiliation and genocide;” Russia sought to “denazify Ukraine” as neo-Nazis had seized power in Kyiv; and Ukraine had gone “as far as to aspire to acquire nuclear weapons.” The lie that Kyiv sought nuclear weapons was particularly pernicious; in the 1990s, Ukraine gave up the world’s third-largest nuclear arsenal, inherited from the Soviet Union, in large part because Russia committed to respect Ukraine’s territorial integrity and to not use force against it.

The Russian army launched into Ukrainian territory from multiple directions. After two weeks, Russian forces have made progress in the south, occupying Kherson and isolating Mariupol. However, the Russians have had a more difficult time in the north. The Ukrainians repulsed the effort to make a quick grab of Kyiv and fought fiercely in defense of Chernihiv and Kharkiv.

The fighting has taken a large human toll. As of March 9, the United Nations estimated that more than 500 civilians have been killed (likely a vast undercount) and some 2.1 million refugees have fled the country, numbers that grow by the day, particularly as the Russian military conducts indiscriminate artillery and rocket attacks on major cities. The war has also cost Russia. Its Ministry of Defense reported on March 2 that some 500 Russian soldiers had been killed in action. On March 8, the Pentagon estimated, albeit with “low confidence,” that the war had claimed the lives of 2,000 to 4,000 Russians soldiers.

If the Kremlin was surprised by the underperformance of its military and the resolve of the Ukrainians, it was equally surprised by the Western reaction. NATO has deployed thousands of troops to the Baltic states, Poland, Romania, and Bulgaria. The United States, European Union, Britain, Canada, and others, including Switzerland, Singapore, Japan, Australia, and New Zealand, slapped major financial and other sanctions on Russia, including on its central bank. The ruble crashed, and the central bank, anticipating the coming spike in inflation, doubled its key lending rate to 20%. On March 8, President Joe Biden announced that the United States would ban the import of oil, natural gas, and coal from Russia.

Perhaps most shocking to the Kremlin were the changes in Germany, which in one week swept away five decades of policy toward Russia. Berlin suspended the Nord Stream 2 gas pipeline; reversed a policy of not supplying arms to conflict zones in order to send weapons to Ukraine; and dramatically raised defense spending. Germany will hit the NATO-agreed goal of 2% of gross domestic product devoted to defense in its next budget (as opposed to years later) and add a one-time plus-up of 100 billion euros for military needs, more than twice what the country spent on defense in 2021.

THE WAR GOING FORWARD
Russian military operations appear aimed at taking much or all of Ukraine east of a line running from Kyiv in the north to Odesa on the Black Sea. Russian ground forces have not yet entered the western third of the country. Russian units in the north appear to be preparing to attack Kyiv.

That raises the question of Putin’s political goal. If the Russians defeat the Ukrainian military and take Kyiv, Putin presumably wants to put in place a pro-Russian government. Sustaining that government, however, would almost certainly require occupation by Russian military and security forces. They would face a population that is angry, nationalistic and, in many cases, armed — and that would resist. Such an occupation could prove a major drain on an economically weakened Russia.

However, wars are about more than numbers. By all appearances, Ukrainians are highly motivated and determined, and President Volodymyr Zelenskyy has come into his own as a true and inspiring wartime leader. For now, the question of Russia prevailing remains an “if,” not a “when.” If the Ukrainians hold out, one outcome could be stalemate, with continued fighting but neither side able to dislodge the other. If the military costs pile up on the Russian side, the Kremlin retains the option — though Putin would not want to exercise it — of calling it quits and going home, perhaps somehow proclaiming victory.

A NEGOTIATED SETTLEMENT?
The Kremlin press spokesman on March 7 laid out a set of demands for a halt to Russian military actions: Ukraine should cease military operations, agree to neutrality and put that in its constitution, accept that Crimea is part of Russia, and recognize the independence of the so-called Donetsk and Luhansk “people’s republics” in Donbas. Left unspoken, but almost certainly on the list, is a new government in Kyiv and a prior demand for demilitarization.

It is difficult to see the Zelenskyy government accepting these demands, which might buy it only a cease-fire. (If it did, many Ukrainians could well continue the fight.) Still, on March 8, Zelenskyy suggested he might no longer press for NATO membership and was open to “compromise” on Donbas. He said he would not accept ultimatums and called for a real dialogue with Moscow.

The Kremlin gave no positive reaction to Zelenskyy’s comments. Nothing came from a March 10 meeting between Ukrainian Foreign Minister Dmytro Kuleba and Russian Foreign Minister Sergey Lavrov in Turkey. If Moscow showed interest in a true negotiation with Kyiv, the United States and NATO could also renew their offers to negotiate on arms control, risk reduction, and transparency measures that could make a genuine contribution to European security, including Russia’s. The West could also make clear that, if Russian forces left Ukraine, there would be sanctions relief (though the West might retain some sanctions in place to ensure Moscow’s follow-up).

A settlement effort thus could proceed along three tracks: a negotiation between Kyiv and Moscow, a negotiation on measures to enhance Europe’s security, and a discussion of sanctions relief. Yet those tracks can go nowhere absent a change in the Kremlin’s approach.

Will Putin rethink his objectives? On his current course, a military “victory” would appear to entail a years- or decades-long occupation of a hostile, anti-Russian Ukraine, political isolation from most of the world, and economic sanctions that will devastate the Russian economy. One would think there has to be a better option.