Roman Abramovich released Chelsea after the British government sanctioned him following Russia’s invasion of Ukraine. The billionaire from Russia is also considered to have a close relationship with Russian President Vladimir Putin. Now, the Blues are getting ready to welcome a new owner.

Abramovich opened a price of 3 billion pounds for the club he bought in 2003. However, it has not been decided who the tycoon will take over the two-time Champions League winner.

Despite all that, word got out that Abramovich was preparing to buy a new club. According to CNN Turki, reported by Tribalfootball, Thursday (24/3), the Russian billionaire is in talks to buy Turkish club Goztepe. Representatives for Abramovich and Goztepe owner Mehmet Sepil have opened negotiations over the sale of the club.

Abramovich’s super yacht, L’Eclipse is docked in Turkey. This could be a sign that the CNN report is correct that the two sides are in talks to buy local club Goztepe.

Abramovich is a billionaire who changed the face of Chelsea into a respected team in England and Europe. With the power of his money, he brought in a number of top players and great coaches to collect a lot of trophies.

Now Abramovich must accept the fact that his togetherness ended because of the Russian invasion of Ukraine. He is rumored to be choosing prospective buyers who have the same vision and mission in building Chelsea.

Just because Roman Abramovich wants to sell Chelsea doesn’t mean he can get what he wants. Unless there is a buyer who can complete the takeover process quickly. 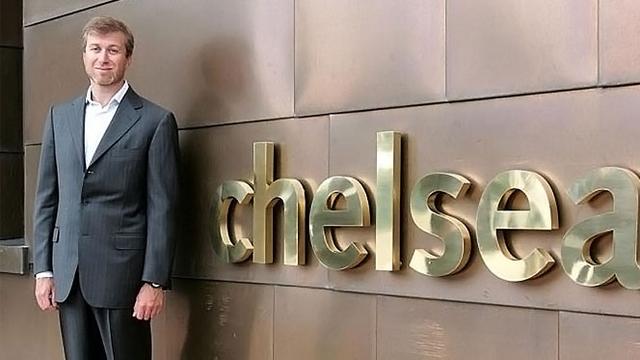 But it’s not that easy. Russian banks and corporations were sanctioned, businesses from around the world were also pulled out of the country that was formerly the Soviet Union.

Therefore, it will not be easy to do business with Abramovich. Not only that, investors also like to buy businesses that they can convert. However, what to expect from £2.5 billion to £4 billion or Rp 47 trillion to Rp 75 trillion, with the Blues already a top club both in England and in Europe.

The new owners will need to spend another £1 billion to rebuild Stamford Bridge, without owning ownership, or building a new stadium. In addition, the new owner will also have to finance the team’s operations if it wants to continue operating under Abramovich’s business model.

”People who buy football clubs want what they call a ‘project’. But Chelsea are already world and European champions. What else can you do to improve them on the pitch? How much money will they make?” said journalist Kaveh Solhekol, quoted from Skysports, Wednesday (9/3).

Newcastle United was bought for 300 million pounds for various reasons. One of them is investment opportunity. Their new owners think they can make the Magpies bigger and as successful as Chelsea one day. Newcastle’s new owners hope that within 10 years the club will be worth £3 billion.

But such investment calculations on paper are impossible to get from Chelsea. Moreover, with the new Financial Fair Play rules, owners cannot simply spend money to buy players.

This is different from when Roman Abramovich bought Chelsea. The Russian oil magnate has spent £1.5 billion over 19 years, and the latest financial reports show they lost £145 million for the tax year to the end of June 2021.

Although the sale of Chelsea seems to have a steep road, there are still interest in buying the London club. Turkish billionaire Murshan Bayrak has revealed he has made an official approach to buying Chelsea. After announcing he would end his 19-year tenure at Stamford Bridge, Roman Abramovich wanted to sell the Blues.

If nothing changes, Chelsea will be sold for 2.5 billion pounds to 4 billion pounds or Rp 47 trillion to Rp 75 trillion. However, the intention to sell quickly may affect the price.

The news circulating, there are potential buyers also from the United States and the Middle East, Bayrak, the boss of the construction company AB Group. Bayrak is now said to be at the forefront of being able to take over ownership of Chelsea.

”We reached a certain stage. Our legal and finance departments will start talking to them in London on Tuesday. On Tuesday local time, we will notify the Public Accounting Firm (KAP),” said Bayrak, quoted from Sportsmole.