Some say there’s only one thing worse than losing: losing to a tree. Luckily, Cal women’s crew was able to salvage its weekend in Palo Alto by securing a win against Irvine after a defeat to the Trees. 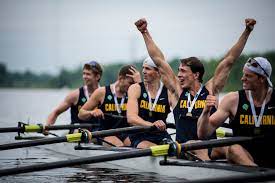 The Bears sent out their 3V8+ and 4V8+ boats down to Redwood Shores. This past Saturday was an opportunity for some of the rowers, who did not compete in the San Diego Crew Classic, to race.

As they say, “you win some, you lose some,” and Cal did just that. The third varsity boat lost to No. 2 Stanford at its first race of the day, given a small margin of 4.64 seconds. Fortunately for the Bears, the fourth varsity eight boat annihilated UC Irvine, finishing with a time of 7:04.27 — almost 30 seconds ahead of the Anteaters.