The Pertamina Grand Prix of Indonesia is the second series of the 2022 MotoGP World Championship which will be held at the Mandalika Circuit on Sunday (20/3/2022) afternoon WITA. Miguel Oliveira, who started the race from seventh place, appeared fantastic because he had led the race since the fifth lap.

This is Miguel Oliveira’s fourth victory in his career in the MotoGP class. The Repsol Honda rider, who has collected eight world titles, Marc Marquez, was forced to leave the Pertamina Mandalika International Street Circuit without taking any points.

Marc Marquez cannot take part in the Mandalika 2022 MotoGP race due to a head injury. The injury was obtained by Marc Marquez after having an accident or crash highside at Turn 7 of the Mandalika Circuit in the warm up session.

Overall, Marc Marquez has experienced four accidents in the 2022 Indonesian MotoGP series. Marc Marquez has actually returned to the Mandalika Circuit paddock after undergoing an examination at a hospital located in Mataram City, West Nusa Tenggara. 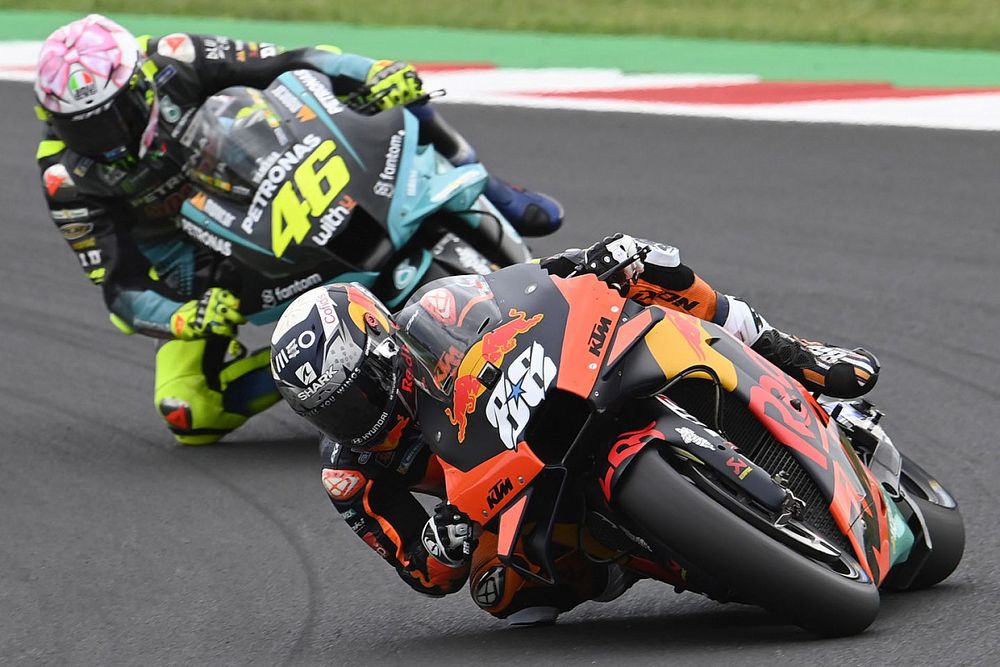 The distance or duration of the Mandalika MotoGP race, which was originally scheduled for 27 laps, was reduced to only 20 laps. The decision was taken because of the asphalt of the Mandalika Circuit.

This was revealed by the Safety Officer of the International Motorsport Federation (FIM), Franco Uncini. “We have decided to reduce the race distance to maintain track conditions because of the asphalt,” Franco Uncini was quoted as saying by Sky Sports Italia. About 30 minutes before the race, the Mandalika Circuit was drenched in heavy rain.

The weather factor made the Indonesian MotoGP race which was originally scheduled to start at 14.00 WIB had to be postponed. From the live broadcast, it can be seen that several points on the Mandalika Circuit are starting to be flooded due to rain.

After being postponed for 75 minutes, the Mandalika MotoGP race finally started at 15.15 WIB. The Indonesian MotoGP was decided to run a wet race or race on a wet track because the Mandalika Circuit track was still not dry.

Quartararo had to drop to third place after being overtaken by Miguel Oliveira (Red Bull KTM) and Jack Miller (Ducati) on the longest straight at the Mandalika Circuit.

Quartararo again slipped to fifth place after being overtaken by the Madalika Circuit straight way by Alex Rins and Johann Zarco (Pramac Ducati). Entering the fourth lap, Jack Miller and Oliveira who were in the front row began to separate from the group.

Towards the fifth lap, Jorge Martin (Pramac Racing) almost slipped when crossing at Turn 17 of the Mandalika Circuit. Right on the fifth lap, Oliveira successfully overtook Jack Miller to take over the lead of the race. Oliveira led by 1.125 seconds over Jack Miller on lap six. Jack Miller’s advantage over Alex Rins, who was in third place, was 2,043 seconds. Right on the seventh lap, Andrea Dovizioso (WithU Yamaha RNF) seemed to have an engine problem and had to pull over.

At the beginning of the 8th lap, Jorge Martin slipped at Turn 1 and was immediately thrown into the gravel area. The incident made Jorge Martin unable to continue the race.

Until the 10th lap, Miguel Oliveira still leads this time with a 2.970 second advantage over Jack Miller who is still following in second. The third position changed at Turn 12 on the 10th lap after Johann Zarco (Pramac Racing) successfully overtook Alex Rins.

Bend 1 for third place. Two laps later, Quartararo managed to finish second after overtaking Jack Miller. Miguel Oliveira in the end came out victorious after not being overtaken until the end of the race.