Meat Loaf, the singer whose Bat Out Of Hell album is one of the best-selling of all time, has died at the age of 74.

The news was confirmed on the star’s Facebook page by his family. 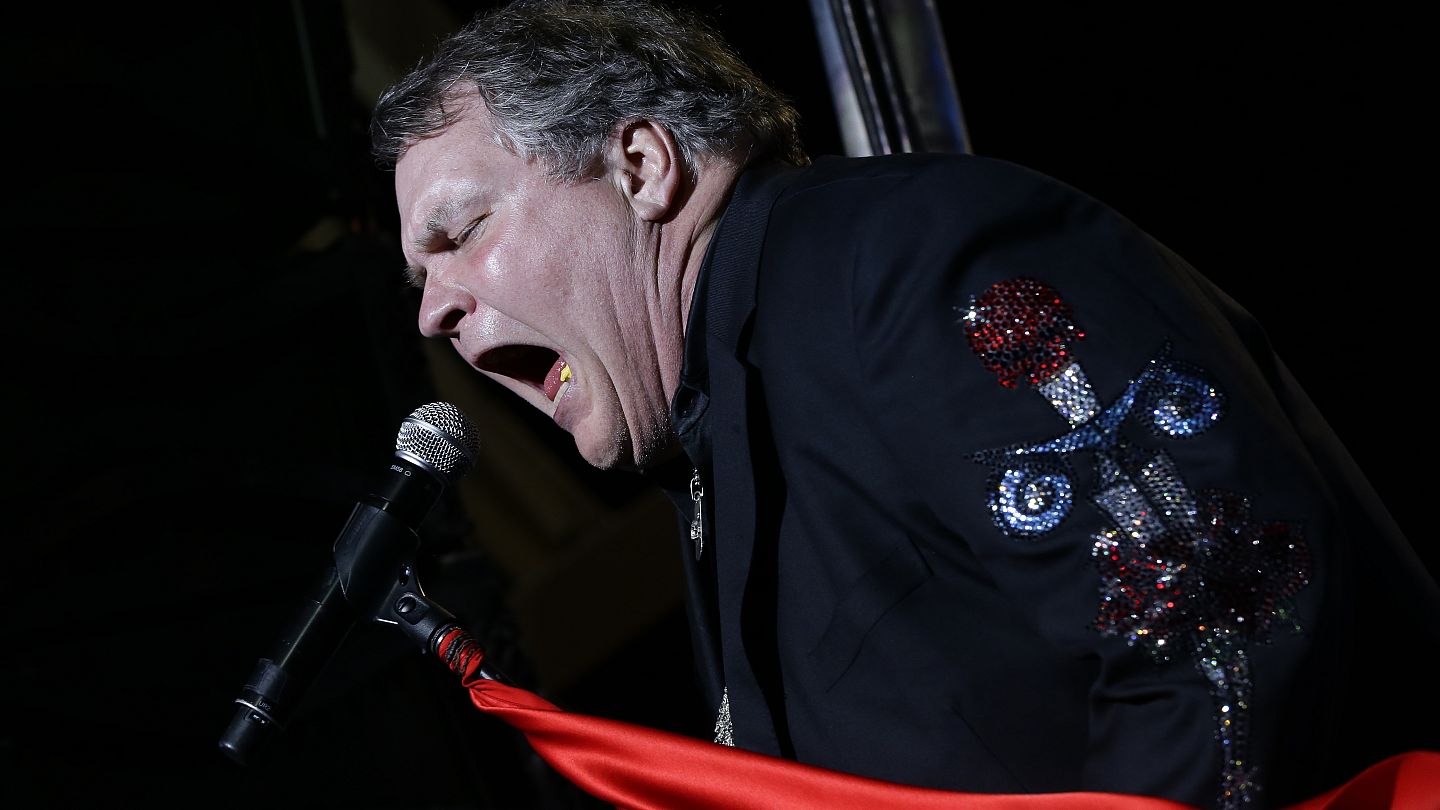 “Our hearts are broken to announce that the incomparable Meat Loaf passed away tonight with his wife Deborah by his side,” a message read.

Obituary: Meat Loaf
In pictures: Meat Loaf’s life on and off stage
“Daughters Pearl and Amanda and close friends have been with him throughout the last 24 hours,” his family continued.

“We know how much he meant to so many of you and we truly appreciate all of the love and support as we move through this time of grief in losing such an inspiring artist and beautiful man.”

We thank you for your understanding of our need for privacy at this time.

“From his heart to your souls…don’t ever stop rocking!”

The Dallas-born singer was born Marvin Lee Aday but also known as Michael, and got his nickname when his dad said he looked as red as meat at birth, before a high school football coach added the “loaf”.

Meat Loaf in 2016: “I either want to die in my sleep or die on stage”
The star was best known for his Bat Out Of Hell trilogy, which sold millions of albums worldwide.

He released a string of other albums in the late 1970s and 1980s, most notably notably Dead Ringer and Midnight at the Lost and Found.

Cher, who duetted with him on the 1981 track Dead Ringer for Love, recalled having “had so much fun” with the singer on the track.

In the 90s, his hit I’d Do Anything For Love (But I Won’t Do That) was the UK’s best-selling single of 1993 and earned him a Grammy Award.

On screen, he played Eddie in 1975 musical film The Rocky Horror Picture Show, was bouncer Tiny in 1992’s Wayne’s World, and appeared opposite Brad Pitt as bodybuilder Robert Paulsen in 1999’s Fight Club.

Bat Out Of Hell – which remains one of the top 10 biggest-selling albums ever, alongside LPs by Michael Jackson, Whitney Houston and the Eagles – was also adapted as a stage musical, written by long-time collaborator Jim Steinman.

In a 2010 interview with the BBC, he spoke about his distinctive and dramatic vocal style, which ranged over three octaves.

“[I] had an offer to study opera and make a lot of money but it wasn’t for me – I’m too rebellious, too crazy,” he said.

“I made the right choices. I have no regrets. [It] might have saved some of my voice, you know – doing 200 rock shows a year will take it out of you.”

“If Bruce Springsteen can take it over the top, Meat Loaf can take it five storeys higher.”

That’s how Todd Rundgren, the producer of Bat Out Of Hell, described Meat Loaf’s bombastic, operatic voice. He was one of a kind, larger than life – living proof that those clichés can be true.

Born to a family of gospel singers, he got his break in musical theatre, where he teamed up with Jim Steinman. Together, they spent four years making Bat Out Of Hell.

The session musicians thought it was a joke, and it was rejected by four record labels. But after two explosive TV performances – on the UK’s Old Grey Whistle Test and America’s Saturday Night Live – it couldn’t be stopped. It has now sold more than 43 million copies worldwide.

The resulting tour was punishing. Meat Loaf ended up with exhaustion and his career stalled. Worse still, contractual problems meant he received no royalties from Bat Out Of Hell for years, eventually declaring bankruptcy. In one interview, he confessed he was so angered by the situation that he would pull copies of the CD off record store shelves and smash them under his feet to make sure no-one else got paid, either.

But his career rebounded in the 1990s when he teamed up again with Steinman for Bat Out Of Hell II, producing the high-camp I Would Do Anything For Love (But I Won’t Do That), which spent seven weeks at number one in the UK.

His death robs rock of a true original. But we’ll always be able to belt out those classics in the way they were intended – at the top of our lungs on a late night car ride. Paradise By The Dashboard Light, indeed.

Queen’s current frontman Adam Lambert remembered him as “a gentle hearted powerhouse rockstar forever and ever”.

Broadcaster Stephen Fry tweeted a reference to the lyrics from Paradise by the Dashboard Light, a song from Bat Out of Hell. “I hope paradise is as you remember it from the dashboard light, Meat Loaf,” he wrote.

“Had a fun time performing a sketch with him on Saturday Live way back in the last century.”