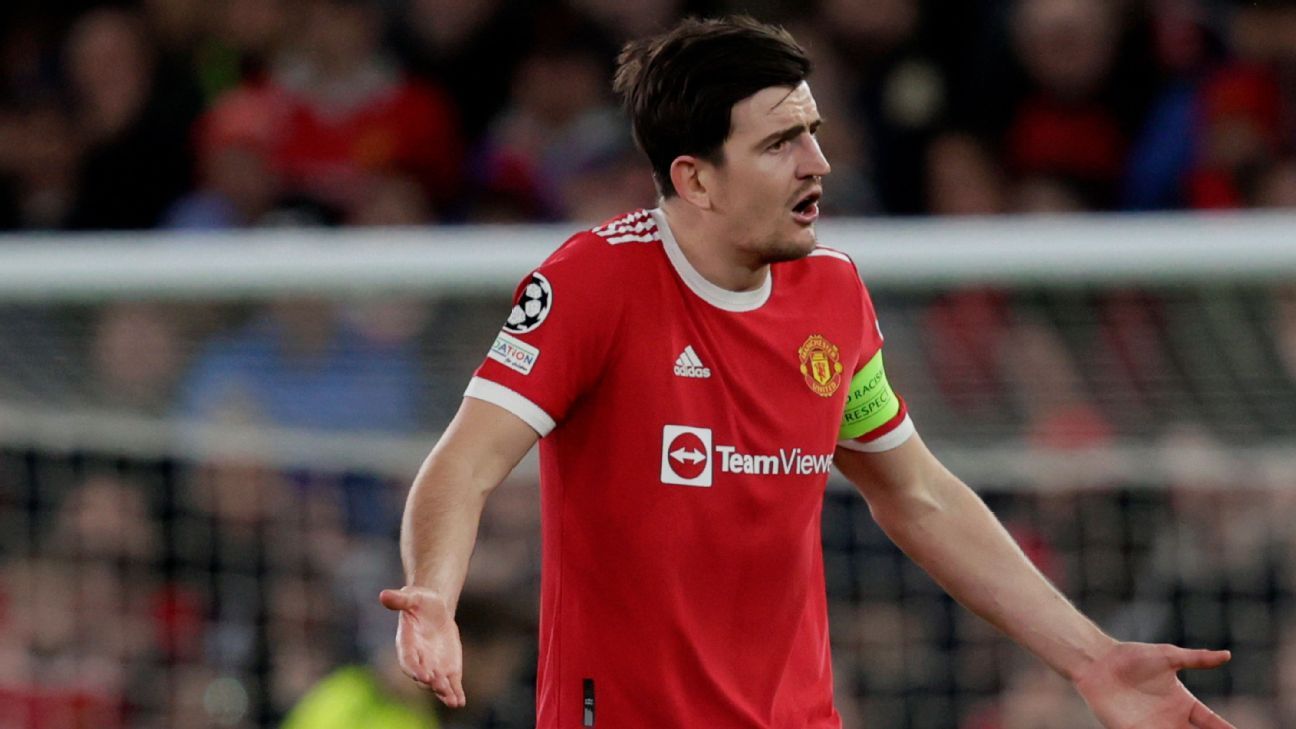 Rangnick said he “didn’t understand” why England fans booed Maguire’s name when it was read out at Wembley before the friendly win over Ivory Coast.

Gareth Southgate and Harry Kane led the defence of Maguire after the game.

“He knows my position towards him,” said Rangnick. “He’s been a very valuable player for the team.”

United’s German interim manager, speaking before Saturday’s match (kick-off 17:30), added: “I didn’t understand what happened at Wembley but it won’t happen in our stadium with the Red Army.”

Brazilian midfielder Fred has received similar treatment over the past few months as United have struggled to match lofty pre-season expectations, while Rangnick said he has noted criticism for Scott McTominay as well.

“I don’t think this is a personal thing,” Rangnick said. “It isn’t anything to do with Harry himself because one or two other players have been criticised in the last few months.

“Fred is a very important player for this team, playing regularly for us and Brazil. I watched his game for them and he did well.”Maybe it’s still got to do with the high expectations around this club and people tend to compare with former players and legends.”

United will be missing veteran striker Edinson Cavani for the game after he suffered a calf injury during Uruguay’s World Cup win over Chile.

The 35-year-old has made just nine appearances – and started five games – since the beginning of November due to injury, scoring his only goal during that period against Newcastle on 27 December.

“Edinson is injured again and will be out for the next couple of weeks,” said Rangnick.

The Dutchman, 52, told Sport 1 in Germany: “My focus is currently only on Ajax but in football you never know, I don’t want to rule anything out. I’m currently employed here at Ajax to perform.”

Ten Hag has won two Eredivisie titles since taking over at Ajax in 2017 and took them to a Champions League semi-final in 2019.

When asked about contact with United, he said: “Everyone knows each other in the industry. There are always talks with representatives from other clubs, that’s normal.

“Manchester United is a great club with great fans. But I can only repeat myself. My full focus is completely on Ajax. We are already planning for the new season.”

Rangnick’s contract as interim manager finishes at the end of the season, when he is expected to take up another role at the club.

Manchester United manager Ralf Rangnick is adamant Harry Maguire will not suffer the same hostile treatment at Old Trafford as he did at Wembley while playing for England.

Maguire was booed ahead of England’s friendly with Ivory Coast on Tuesday; a reception manager Gareth Southgate branded “a joke” after the game.

The United centre-back has been heavily criticised by fans after a poor campaign and was cheered by some supporters when he was substituted during the Champions League defeat to Atletico Madrid.

– Notebook: The inside stories from around the world
– Premier League without VAR: The winners and losers
– Don’t have ESPN? Get instant access

Maguire is set to be back in action when former club Leicester City visit Old Trafford on Saturday and Rangnick is sure he will get a warm welcome.

“He’s been a very valuable player for the team and the club,” Rangnick told a news conference on Friday. “I didn’t understand what happened at Wembley and it won’t happen in our stadium with the Red Army.

“He’s been playing well for Manchester United and England in the last couple of years. Gareth Southgate said something after the game and Harry Kane. I didn’t watch the game but I heard what had happened after they announced the starting line-up. It’s difficult to understand.”

There have been repeated calls for Maguire to be dropped and stripped of the captaincy but Rangnick suggested he will keep faith with the £80 million defender for the Premier League run-in.

“I don’t think this is a personal thing, it hasn’t anything to do with Harry himself,” Rangnick added.

“We know there are one or two players who have been criticised in the last few months, for example Fred — a very important player for this team, playing regularly for the team and Brazil.

“Maybe it’s still got to do with the high expectations around this club and people tend to compare with former players and legends. Fred and Harry are important players and players with the right attitude.”

Rangnick also confirmed Edinson Cavani is set to be out “for a couple of weeks” after suffering a calf injury while on international duty with Uruguay.