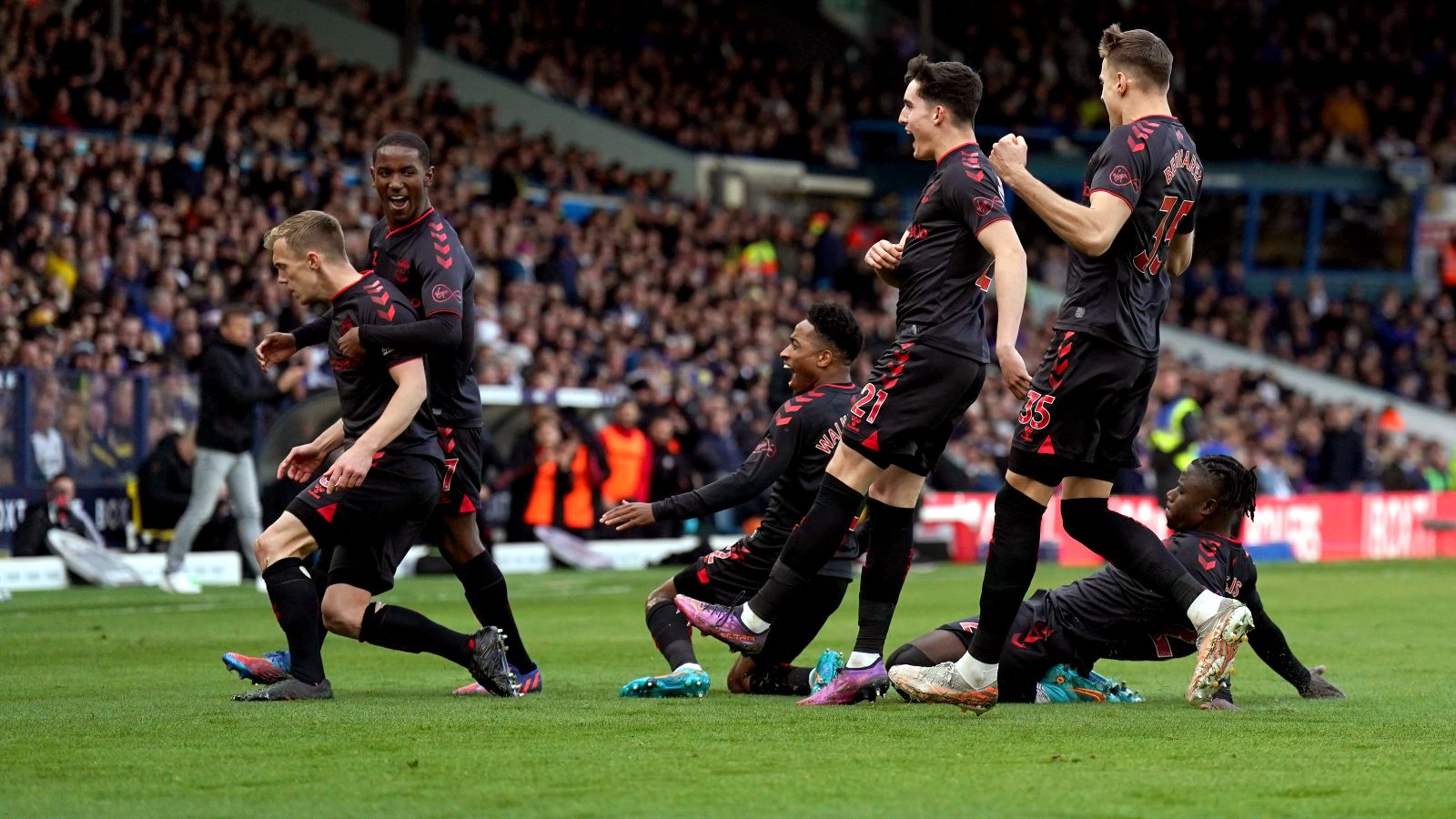 James Ward-Prowse added another superb free-kick to his ever-growing showreel as Southampton ended a run of three consecutive league losses and denied Leeds what would have been an important third straight win.

The England midfielder made a 25-yard set-piece look routine early in the second half, curling the ball over the wall and past goalkeeper Illan Meslier to draw Saints level and earn them a point from an entertaining, end-to-end contest at Elland Road.

It was reward for a fine response from the visitors to falling behind to Jack Harrison’s poked close-range finish just before the half-hour mark.

Leeds had started the game very brightly, with Diego Llorente heading wide from a corner and Dan James seeing a shot saved.

Saints were a regular threat, though, and but for a Meslier save and Stuart Dallas clearance off the line under pressure, Che Adams would have levelled before Ward-Prowse’s moment of magic.

Results elsewhere mean that despite only drawing, Leeds have extended the gap between themselves and the bottom three to eight points.

One big positive for the Whites was the return of captain Liam Cooper and England midfielder Kalvin Phillips from injury, the former starting the game and the latter a second-half substitute.

Reaction to Saturday’s Premier League games
Go straight to all the best Leeds United content
Visit our Southampton page
Lethal Ward-Prowse halts Leeds upward charge
There have been some superb free-kick takers in Premier League history, but Ward-Prowse is up there with the very best.

He is able to make a discipline others find difficult look startlingly simplistic.

Such is the England player’s reputation that as soon as Kyle Walker-Peters was fouled near the edge of the Leeds box by Luke Ayling, a worried murmur spread among the home fans. They knew what was coming.

Ward-Prowse duly delivered, lifting his hit over the wall and past Meslier’s dive to restore parity.

Last season, the Saints midfielder was the only player in the Premier League to score more than one goal direct from a free-kick – managing four. This season, he leads the way with three, one more than Newcastle’s Kieran Trippier.

Not that they really need the points, with their tally of 36 surely enough to keep them clear of any relegation trouble, but Saints will feel they could have taken all three.

As well as the Adams effort hacked off the line, Mohamed Elyounoussi shot straight at Meslier from a good position in the box in the first half and they sparked some desperate last-ditch defending from the home side on a number of occasions after the break.

The visitors could easily have lost the game too, though, with Leeds comfortably the better side early on but unable to make clear openings count.

As well as the aforementioned chances, Mateusz Klich saw a shot deflect wide and Harrison had the ball in the net, only for it to be ruled out for a shove on a defender by Rodrigo.

The home side kept going right until the end in hope of a late winner for the third game in a row, sending on Joe Gelhardt – whose 94th-minute goal gave them victory over Norwich before the international break.

But it was not to be for a third time and Jesse Marsch’s side were forced to settle for a point gained on their relegation rivals rather than the three that would have really given them some breathing space in the battle at the bottom.

They next travel to Watford for a game that will go a long way to deciding how deep into the season Leeds’ relegation concerns go.