Barcelona in recent weeks widely rumored to be recruiting AC Milan star Franck Kessie. The midfielder will join for free in the summer of 2022.

Kessie’s contract at AC Milan will expire at the end of June. The Ivory Coast man has decided not to renew his contract at the San Siro because he wants to try a new adventure.

One club that is expected to get Kessie’s services is Barcelona. It is said that Barca have reached a personal agreement with Kessie.

According to regulations, Kessie has been allowed to have a pre-contract with a club outside Italy since January 2022. Barcelona is thought to have succeeded in convincing Kessie.

The signal for Kessie’s move to the Nou Camp was getting louder at the end of March 2022. Barcelona captain Sergio Busquets who strengthened the suspicion that Kessie would join the Nou Camp.

When interviewed by RAC1, Busquets did not deny the news of Kessie joining. The Spaniard even fully supports Barca in recruiting Kessie to be his successor.

“He is a physically strong player and he rarely loses the ball and knows how to manage the game. Therefore I believe he will be a reinforcement that will help us: Kessie will help us,” said Busquets.

Like
The arrival of Kessie also makes Busquets sure that Barcelona’s revival is in sight. The reason is that there are already top players who want to go to the Nou Camp again after Lionel Messi pulls out.

“Kessie had to adapt to Xavi’s game, but our coach gave approval for the transfer. I am happy that Barcelona has recovered and the players want to join us,” said Busquets.

Franck Kessie has passed a medical which indicates that he will join Barcelona.

The former AC Milan man has been on a free transfer this summer after agreeing a four-year contract with the La Liga club. 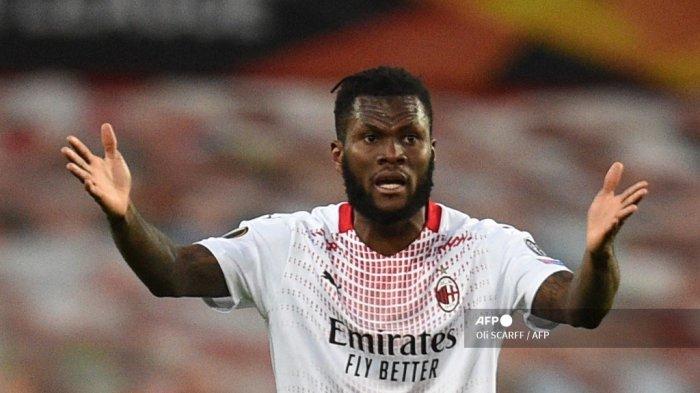 Kessie, born 19 December 1996, is an Ivorian professional footballer who previously played as a central midfielder for Serie A club AC Milan and the Ivory Coast national team.

Born in Ouragahio, Kessié started his career at Stella Club d’Adjamé, joining their youth team in 2010.

Career at AC Milan
He started his career as a central defender in the youth team of Stella Club d’Adjamé, which plays in the Ivory Coast’s first division, where he also made his first team debut.

In the mold of Yaya Touré and Essien, he played as a midfielder in his first season in Italy while on loan at Cesena from Atalanta, scoring four goals thanks to his physique and ability in the offensive zone.

After returning to Atalanta, in the 2016/17 season, he scored four goals in his first three Serie A matches. He was signed by AC Milan in the summer of 2017.

In four seasons he has played almost all the games, with at least 34 games in each league season. By the end of the 2020/21 season he had reached a total of 184 appearances and 30 goals, having scored 14 goals in the season that brought the Rossoneri back into the Champions League.

He has also made 48 appearances and scored four goals for Ivory Coast, played two African Cup of Nations and has taken part in the 2020 Tokyo Olympics

Franck Kessie will get a big salary at Barcelona

AC Milan midfielder Franck Kessie will join Barcelona on a free transfer this summer after agreeing a four-year contract with the La Liga club.

Kessie has also passed a medical test with the club.

Reporting from The Guardian, Wednesday (23/3/2022) the player from the Ivory Coast has reached a contract agreement with Barca last week.

Kessie’s contract at AC Milan will expire in June 2022, while his latest contract with Barca runs until June 2026.

At Barca, he will receive an annual salary of 6.5 million euros or the equivalent of IDR 102.8 billion (assuming an exchange rate of IDR 14,400).

The salary amount does not include the bonus that will be received by Kessie. Franck Kessie, who joined AC Milan from Atalanta on an initial loan in 2017 has made more than 200 appearances for the Serie A leaders so far.

Reporting from the Transfermarkt page, the market value of Franck Kessie is now recorded at 45 million euros or Rp. 711.7 billion.

Not only Kessie, Barcelona are also reportedly targeting another transfer for the summer, with Leeds winger Raphinha being one of their targets.

However, there have been no Barca-Leeds talks about a transfer yet, but talks have been held with the player’s agent, Deco.