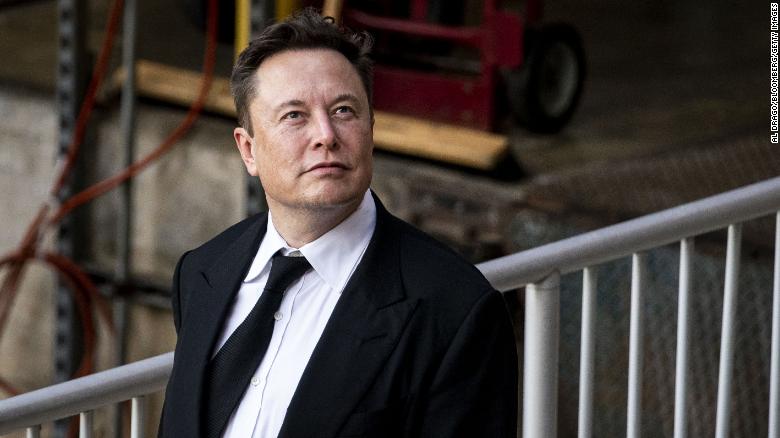 How do you regulate a man worth more than $200 billion who thinks he knows better than everyone else? The simple answer is: You don’t.

Elon Musk has once again proven he’ll do things his own way, announcing Friday that his $44 billion deal to buy Twitter is on hold. He shared this news in a tweet rather than in a formal filing with the Securities and Exchange Commission. The drama over the deal has continued to play out in a series of tweets between Musk and the company.
Because the SEC ruled back in 2013 that using Twitter and other social media platforms are an acceptable way for public companies to disclose material information, this might be one of the legal ways he’s flouted convention.But many other moves by Musk over the years have broken actual rules, not just skirted norms, yet none of it has slowed him down or changed his behavior.
The financial penalties that regulators or business partners might put in place mean little to someone as wealthy as Musk. He’s walking, tweeting proof that normal rules don’t apply to the ultra-rich if they choose to ignore them.
One example: Musk recently acquired nearly 10% of Twitter’s stock — without making the legally required timely public disclosure.
An investor who buys 5% or more of a company’s stock has 10 days to disclose the purchases, so other investors can be aware of what is affecting share prices.
Musk waited 21 days to make the disclosure, by which point he had completed buying 9.6% of Twitter’s stock. News of the acquisition sent Twitter shares soaring even before he announced his bid to buy the platform and take it private.

Had Musk made the required timely filing, it likely would have cost him a lot more to accumulate the 15 million shares he bought after the 10 day deadline had come and gone.
The delayed disclosure saved Musk $143 million by keeping the share price lower than it might have been as he continued to buy shares, estimates Daniel Taylor, a University of Pennsylvania accounting professor.
The Wall Street Journal reported last week that the SEC is probing Musk’s late reporting of his stake in Twitter.
“I think it could be laziness or the belief that rules don’t apply,” Taylor said. “But if you look at when the SEC enforces late filing, it’s relatively rare. From a cost-benefit basis, it makes sense not to file. Even if the cost for reporting late is a $100,000 fine or a multi-million-dollar fine, why wouldn’t he [delay filing]?”
Musk’s previous big battle with the SEC back in 2018, when he tweeted that he had “funding secured” to take Telsa private, sending shares higher, only emboldened the billionaire.
Musk eventually paid a $20 million fine and gave up his position as chairman of Tesla, although he kept the CEO title, which the SEC had threatened to strip him of as well. He also has to have tweets with material information about Tesla approved by others at the company, but it’s not clear how closely he has complied with that requirement over the last four years.
Musk is still seething over that settlement he signed with the SEC, claiming he only did so because banks might otherwise have cut off Tesla’s funding and forced the automaker into bankruptcy. But Taylor said the action by the SEC amounted to little more than a slap on the wrist.
“They had the opportunity to send a strong signal and chose not to,” Taylor said.
Other rules Musk ignores
The regulations on disclosing ownership stakes are only the latest in a long series of rules that Musk has flouted -— with little if any consequence.
Traditional automakers issue recalls when they discover a flaw in the design or construction of a car. That’s why the National Highway Safety Administration, the federal regulator, has named the office that looks into consumer complaints and accident data the Office of Defects Investigation.
But Tesla has been ordered to issue recalls for building its cars precisely as planned. Musk has complied, but has also attacked safety regulators for requiring him to make his vehicles less “fun.” And Tesla has faced no significant costs for its actions.
Tesla features that prompted recalls include allowing front seat passengers — and conceivably drivers — to play video games on the touch screen in the middle of the dashboard while the car is in motion and enabling cars to deliberately roll through stop signs when in self-driving mode.
Musk has also battled with the Federal Aviation Administration over the testing of SpaceX rockets without the requisite permission. In 2020, for example, the company conducted a brief test flight of its forthcoming Mars rocket, called Starship, without giving the FAA proper documentation or assessments for the risks to “public health and safety,” according to the agency.
Even before the test flight took off, the FAA had denied a safety waiver that SpaceX had requested. But the company moved forward anyway.
An FAA investigation ensued, but SpaceX ultimately walked away with little more than orders for “corrective action.”
During the early days of the pandemic, Musk reopened his Tesla factory in California that had been shut down due to stay-at-home orders he attacked as “fascist.”
The county health department, which had ordered the business closures to stem the spread of Covid-19, eventually caved into to his reopening plans.
— CNN Business’ Jackie Wattles contributed to this report
Elon Musk said twice this week that he plans to vote for Republicans in upcoming elections, even though he says he previously voted for Democrats such as former President Barack Obama.

Musk’s stated political leanings will not surprise people who follow the celebrity CEO’s interactions and proclamations on Twitter and elsewhere.

Behind the scenes, Musk and his biggest companies, SpaceX and Tesla, have worked to influence the U.S. political landscape for years through lobbying and political donations. Combined, SpaceX and Tesla spent over $2 million on lobbying in 2021. They tend to spend on both sides of the aisle.

But Musk has been historically anti-union, opposed to a billionaire’s tax and is a vocal critic of President Joe Biden.

Meanwhile, Texas Gov. Greg Abbott, a Republican, said in a September interview with CNBC that Musk approved of his red-state social policies, which have included severe abortion restrictions, book bans that called for LGBTQ memoirs to be removed from school curriculum or libraries, and abuse investigations into families pursuing gender-affirming care for transgender children.

“In the past I voted Democrat, because they were (mostly) the kindness party. But they have become the party of division & hate, so I can no longer support them and will vote Republican. Now, watch their dirty tricks campaign against me unfold…” adding a movie popcorn emoji for emphasis.