Barcelona plans to recruit Leeds United star, Raphinha, seems to be getting closer. The player’s agent and former Barcelona midfielder, Deco, has arrived in Catalonia to discuss negotiations to reach an agreement between the club and Raphinha.

As reported by Marca, Barcelona intend to lock a five-year contract with the Brazilian winger. The plan will of course depend on negotiation talks between Deco, who is already in Barcelona and the club.

With agents like Deco, Raphinha has someone who knows Barcelona and Spanish football very well.

Deco, who was born in Brazil, spent four years at Barcelona and made 75 appearances for the Portugal national team before finally forming the sports agency D20 Sports after hanging up his boots.

Brilliant with Leeds United
Raphinha joined Leeds United in the summer of 2020. The Brazilian has established himself as one of the most decisive players in the Premier League.

Even his appearance with Leeds United made Raphinha get the opportunity to penetrate the Brazilian national team. He has recorded seven appearances for the Selecao.

Barcelona’s current position in the Spanish La Liga
However, an agreement regarding the possibility of Raphinha to Barcelona depends not only on talks between Barcelona and Deco, but will also depend on the future of Ousmane Dembele.

Ousmane Dembele’s contract with Barcelona expires in the summer. If the French player stays at Camp Nou, then it will thwart the Blaugrana’s plans to recruit Raphinha.

Ousmane Dembele’s future at Barcelona is far from clear despite a meeting between Barcelona’s sporting director, Mateu Alemany, and the player’s agent in Morocco.

The meeting in Morocco left conflicting feelings for both sides. Barcelona think Dembele’s contract renewal before this summer is now like an impossible mission. 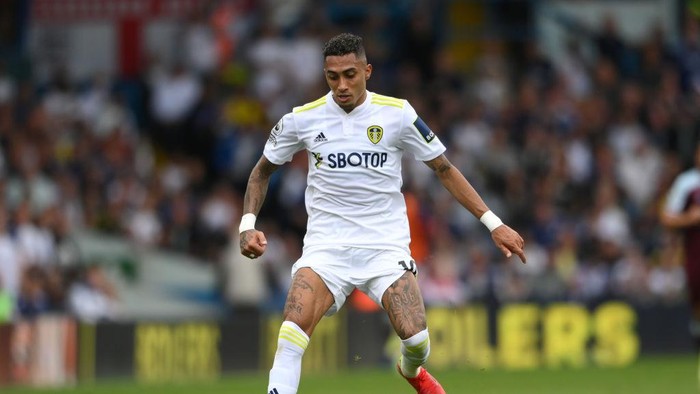 On the player side, tensions have eased and a deal looks more likely than ever before, although there are still major differences between the two sides, particularly financially.

Alemany, who was highly critical of the player in the January 2022 transfer window and was Barcelona’s representative at the meeting, is reluctant to let Dembele leave for free if it can be avoided altogether.

One big problem in the negotiations remains about the money involved. Dembele wants to get what he feels he deserves, and he knows what other clubs might offer him in the summer, especially since interested clubs can avoid a transfer fee.

However, Barcelona’s budget is very poor at the moment and they are adamant on cutting costs to give them more flexibility in the summer transfer window.

If there is a meeting that creates a glimmer of hope that the French player will stay at Camp Nou, it cannot be separated from the role of Xavi Hernandez.

The Barcelona head coach has made positive statements about Dembele since his return to Barcelona to become coach and continues to support the player.

Dembele has also received interest from other clubs, but so far no contract offers have been made and he has received nothing from other teams. The club also had a promise that he would let them know if that changed.

Meanwhile, Ronald Araujo’s agent is already in Barcelona for a contract renewal that should be easier, though not entirely simple.

Xavi wants Ronald Araujo to extend his contract even though the current one is valid until June 2023. The club is trying to grant the head coach’s wish. There are differences regarding finances, but there is trust from all parties regarding a possible agreement.