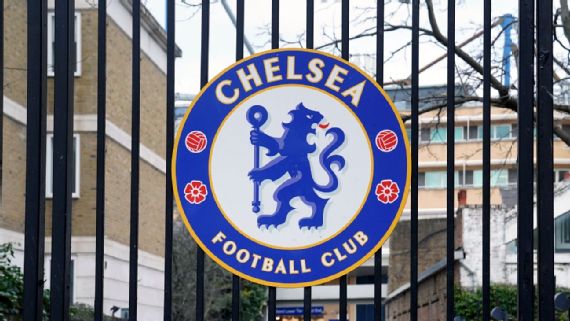 Roman Abramovich has been an untouchable billionaire free to bankroll Chelsea’s unprecedented success for almost two decades, but that changed on Thursday morning. The U.K. government announced sanctions against seven Russian oligarchs with what it believes are close ties to Russian President Vladimir Putin’s murderous regime, with the move following two weeks of intense pressure to act amid the country’s ongoing invasion of Ukraine.

Abramovich — along with Igor Sechin, Oleg Deripaska, Dmitri Lebedev, Alexei Miller, Andrei Kostin and Nikolai Tokarev — has had his assets frozen and faces a ban on all transactions with U.K. individuals and businesses. Abramovich, who bought Chelsea for £140 million in 2003, has always denied links to Putin’s government, but the U.K. government offered a comprehensive and damning alternative view in a document accompanying the decision published by the Treasury’s Office of Financial Sanctions Implementation.”Abramovich is associated with a person who is or has been involved in destabilising Ukraine and undermining and threatening the territorial integrity, sovereignty and independence of Ukraine, namely Vladimir Putin, with whom Abramovich has had a close relationship for decades,” it read. “This association has included obtaining a financial benefit or other material benefit from Putin and the Government of Russia.”

The decision, in place until May 31, directly impacts Chelsea, which has been frozen as an Abramovich asset in a manner he had previously tried to avoid by creating a degree of separation between himself and the club.

On Feb. 26, as criticism over a lack of sanctions began to focus on Abramovich, among others, he passed “stewardship and care” of Chelsea to the trustees of the Blues’ charitable foundation. However, sources have told ESPN that as lawyers began to work out the details of this ambiguous term, fears quickly grew that it would not stand up to scrutiny were sanctions to arrive.

Amid skepticism from the trustees over whether the foundation was a suitable vehicle to run the club — reporting the situation to the Charity Commission for further clarification — and suspicion among Abramovich’s advisers that it would not be enough to insulate Chelsea from any punishment targeting the Russian, he put out a second statement on March 1 confirming the club would be put up for sale. Bidders have since circled — although sources told ESPN that no interested party has so far come close to matching Abramovich’s £3 billion valuation — but this government intervention casts a Chelsea sale and even the day-to-day running of the club into unprecedented uncertainty.

Chelsea, 117 years old on March 10, have won 21 trophies during Abramovich’s 19-year tenure — more than any other English club — but his ownership is coming to an ignominious end. ESPN looks to answer the key questions.

It’s massive. Sources have told ESPN that senior figures at Chelsea, the Premier League and UEFA were all taken aback by Thursday’s decision. It was always a possibility given the mounting pressure on the government to intervene — Labour leader Sir Keir Starmer last week called outright for Abramovich to be sanctioned — but the expectation was that, rightly or wrongly, he would be given time to sell.

Raine Group, the New York merchant bank appointed to handle the sale, set a deadline of March 15 for interested parties to submit bids for Chelsea, and sources describe it as “no coincidence” given that this was also the date upon which the government could act on emergency legislation, known as the Economic Crime Bill, once it passed into law. (The bill would make it harder to hide assets in the U.K., as well as make it easier to issue sanctions moving forward.) As it turns out, they didn’t need it, which will likely be the subject of some heated political debate in the weeks to come.

Abramovich can appeal the decision, but as of Thursday afternoon, nobody connected to the 55-year-old had indicated whether he will do so.

What is their basis for targeting Abramovich?
Published by the Treasury’s Office of Financial Sanctions Implementation, the document detailing the government’s reasoning is as comprehensive as it is damning. After outlining their belief that Abramovich “has had a close relationship” with Putin “for decades,” it suggests a wide range of questionable activity including companies linked to Abramovich receiving tax breaks, buying and selling shares from and to the Russian state at favourable rates and the contracts received in the run-up to the FIFA 2018 World Cup.

Abramovich is accused therefore of receiving “preferential treatment and concessions from Putin and the Government of Russia,” while also being targeted for his shareholding in steel mining and manufacturing company Evraz PLC. That company is accused of supplying steel to the Russian military, which “may have been used in the production of tanks” used in the Ukraine invasion.

Can Chelsea still be sold?
Yes, but it’s much more complicated now. The process is on hold because the immediate consequence of these sanctions is to freeze Chelsea as an asset, therefore meaning Abramovich cannot put in or take out any money of the club, or pass ownership to someone else. But he can apply for a licence to allow for the sale of the club.

Sources have told ESPN that the Department for Culture, Media and Sport would be clear that any such licence would not allow Abramovich to benefit from the sale of the club while he remains subject to sanctions. Those sources added that DCMS and the Treasury are working closely with the club and the Premier League on the implications of today’s announcement, but that where money would go would be considered under the terms of a new licence application to permit a sale.

However, the starting position is expected to be that he cannot benefit while assets are frozen. Sources claim his charitable foundation could not benefit either, although he has previously suggested he will donate any “net proceeds” of a sale to victims of the war in Ukraine, through an as-yet-unspecified charity. (The government would have to be satisfied proceeds of any sale would not benefit Abramovich in any way. The precise destination of any proceeds would be determined in discussions with the government when the application for a sale licence is made.)

Abramovich would also have no chance of achieving his £3bn asking price if the government effectively took control of the sale: that price does not reflect independent market valuations of the club, which have put it between 2bn to £2.5bn at best. (Government involvement would be determined once that license for a sale was submitted: they would play a significant role but it’s as yet unclear as to how that would work.) Buyers might well seek to revise their position and downgrade their offers accordingly given the latest revelations, but it is too early to know how interested parties will react.